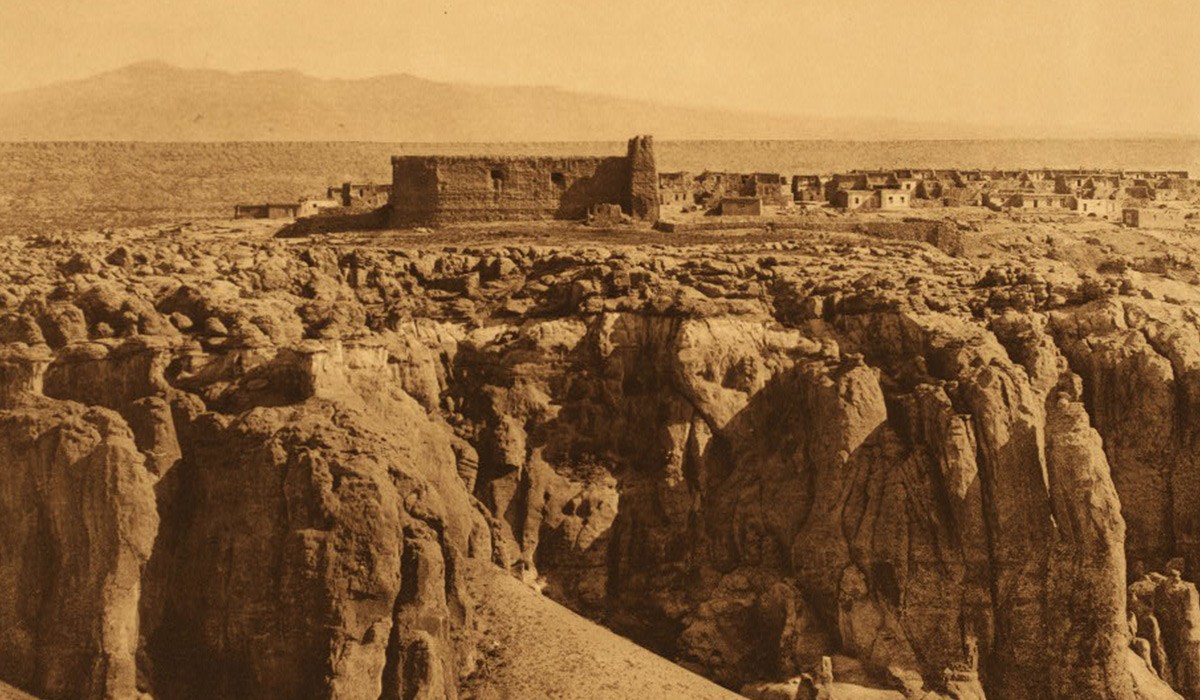 The Pueblo of Acoma, or Haak’u, as it is called by the people that live there, is located approximately 75 miles southwest of Albuquerque. The historic village, also known as Sky City, is perched atop a 225 foot tall sandstone mesa at nearly 7,000 feet elevation. The Pueblo – a Spanish word for village that now defines the land holdings of some Native American communities in the southwest – is a cultural landscape: it is a historic site where the buildings and the landscape are inter-related. Everything we see reflects the Acoma people’s traditions, customs, beliefs and values.

Acoma’s cultural landscape includes the historic village on the mesa, the farming fields below, the modern villages nearby, the Sky City Cultural Center, many historic sites and nature – the mesas, water sources, plants, trees and mountains both within and beyond the valley in which they live – all of which are sacred to the people of Acoma. Acoma traces its history back more than 800 years just on this site.

Before they came to Sky City, Acoma’s people migrated through Mesa Verde, Chaco Canyon, Aztec Ruins and Canyon de Chelly. These ancient peoples, which included both farmers and hunter-gatherers, built extraordinary civilizations, but traditional means of food collecting and production could not sustain the large communities the villages had become. A severe drought in the 1100s-1200s forced many people to move Southeast towards the Rio Grande Basin to become what we now know as the Puebloan communities, and those that went southwest to western New Mexico and eastern Arizona became known as the Western Puebloans, including Acoma, its neighbor and cousin village Laguna, and Hopi and Zuni. These new communities were smaller, and rebuilt in areas with more humid climates and more forgiving ecosystems. 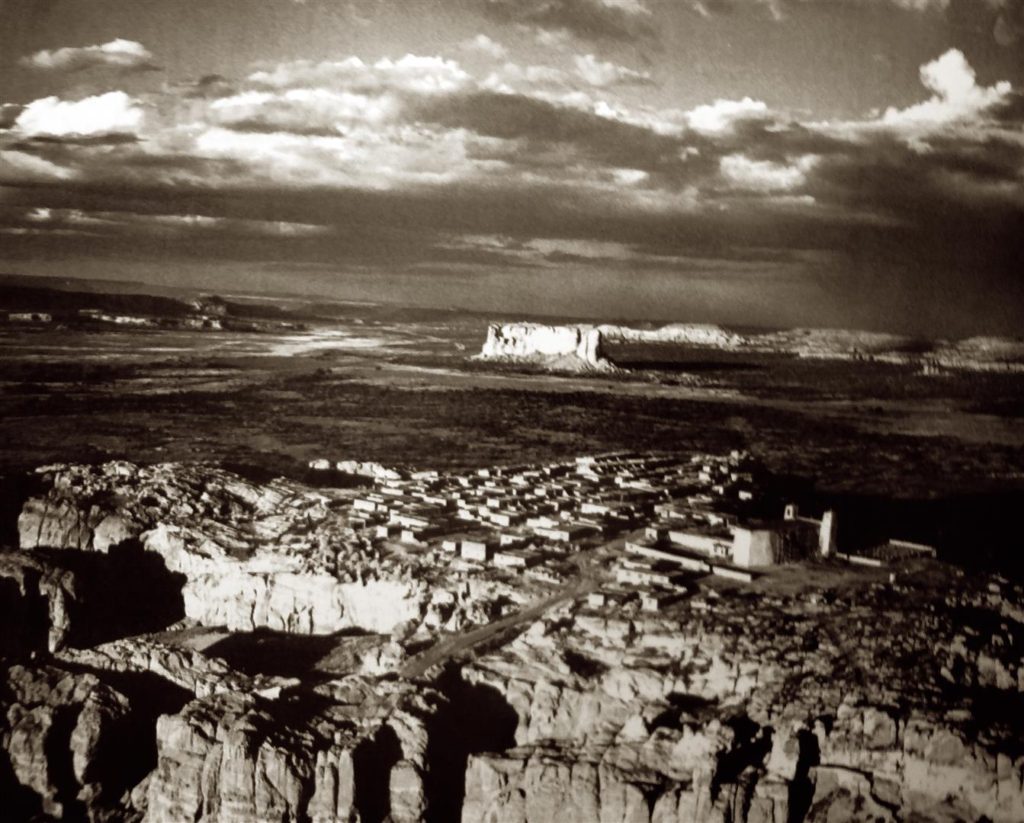 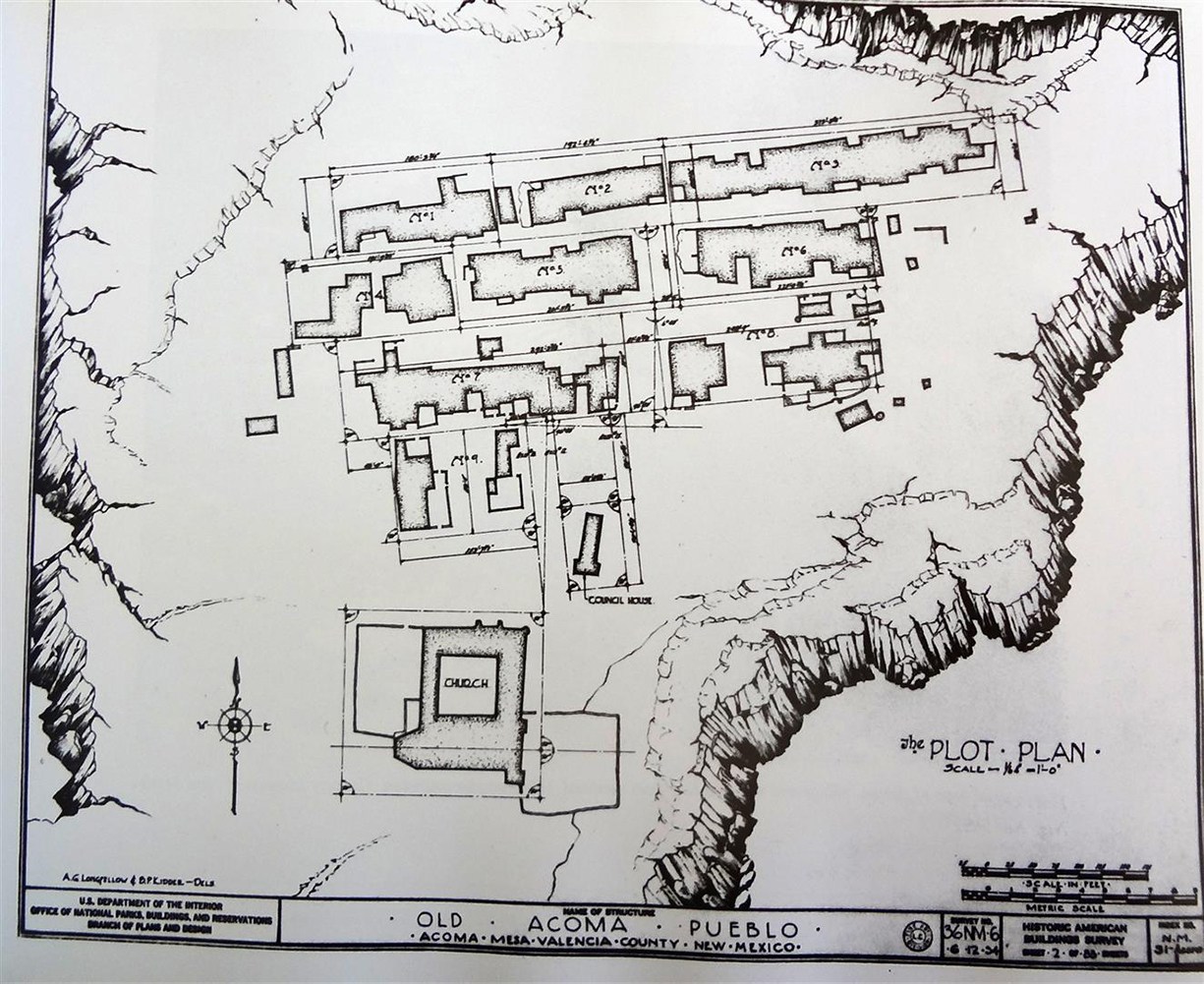 The Acoma people speak the western dialect of the Keres language, which they share with Laguna. Like Laguna, they are considered “Western Puebloans,” which in several significant ways – most especially in their architecture – more closely resemble Hopi and Zuni than the Rio Grande Pueblos.

The story of their departure from points north and arrival at what is now Acoma is kept alive through a rich tradition of oral storytelling. It takes several days to tell. One of Acoma’s guardian spirits, called Salt Woman, told her people that she would travel counter-clockwise around the earth, circling inward towards its center. Her children were to tell their children, and their children’s children, to meet her at Haak’u, the center of the world, “the place that was prepared” for them. 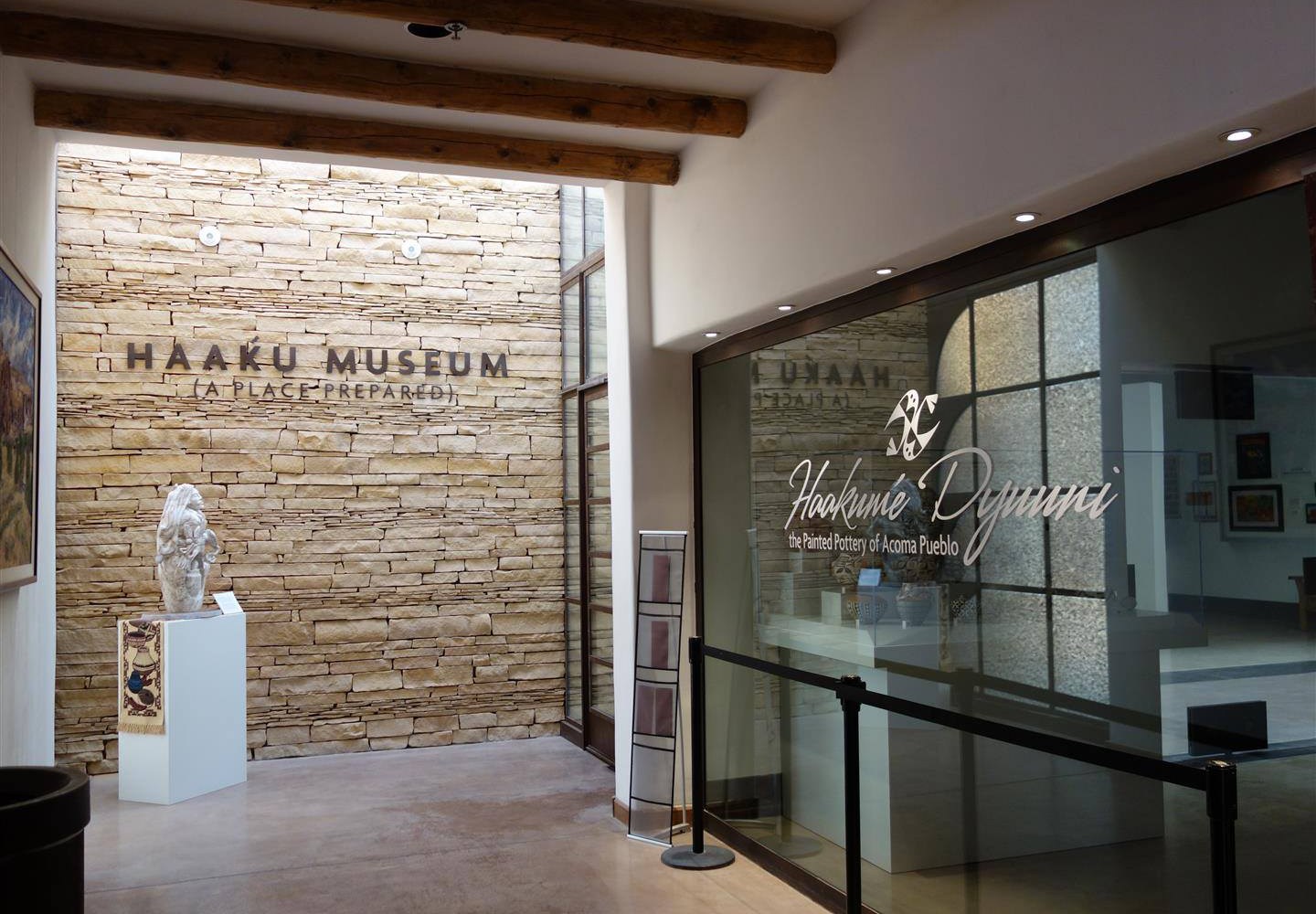 The four directions – north, south, east, and west – are important in Acoma culture and architecture, as are two other directions: the zenith (toward the heavens) and nadir (toward the center of the earth). Each direction, represented by a color, connects to one of their guardian spirits. A sacred mountain sits in each of these directions as well. At Acoma, the most important mountain is Mount Taylor – they call it Kaweshtima – to the north. It is an 11,000-foot-tall extinct volcano representing their origins and their migration to this place.

Acoma’s physical landscape is centered on a large valley with many smaller mesas, hills and valleys within. From this landscape, the people harvest some woods for building, plants for building and medicine, and pottery clay. They seek out many colors of earth for tinting slips and earth plasters, plus clay and sand for adobe, obsidian for various tools, sandstone and lava rock. 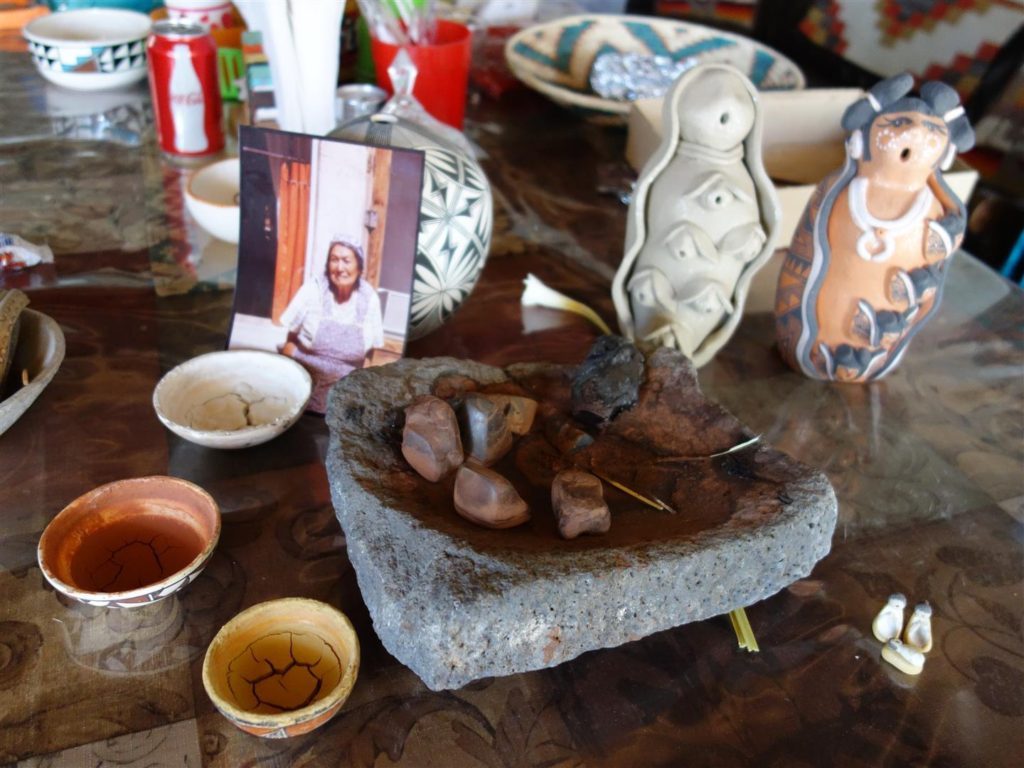