Where Opportunity Arose from Tragedy #

When their old visitor center burned down in 2000, the people of New Mexico’s Acoma Pueblo saw an opportunity. They challenged themselves to design a replacement that was as welcoming to visitors as it was to their own community. The center would tell the story of their people, and it would bridge historic and modern ideas about culture and sustainability.

Their success speaks for itself. Explore the design of the Cultural Center in the video Emergence: Acoma Sky City Cultural Center. Then go deeper, as Prudy Correa and Marilyn Ray share what it was like to learn pottery from their grandparents and how they pass on the tradition today. They invite us to consider the tools and techniques of their ancient craft, from the special water-holding qualities of Acoma clay to the pigments made from local stone. Discover how the Cultural Center incorporates pottery as a means of storytelling, and how this connects to the tradition of sharing folk tales.

Architect Barbara Felix and former Center Directors Brian Vallo and Emerson Vallo talk about the aspects of design incorporated. They then share how six essential building elements are used to weave together the old and the new in the modern structure. 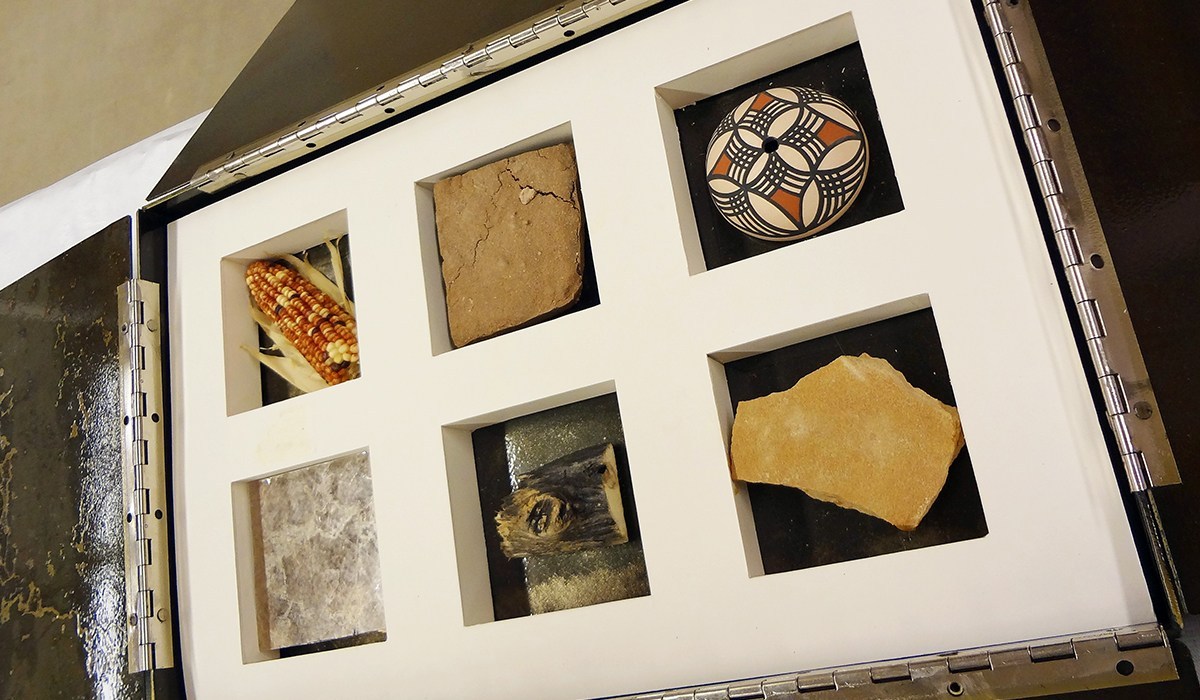 Stone, wood, mica, corn, mud and pottery: they are the six building elements of Acoma Sky City. This website explores how these elements have been layered with architectural forms and details from ancestral homelands at Chaco Canyon, Aztec Ruins, Mesa Verde and the Moss Ruins. We will study the Acoma people’s relationship to earth, wind, water and the stars, and their ties to the landscape and the sacred mountains and sites in the four directions.

We delve into what happens when a cultural fabric of honoring deep traditions comes up against a need to address contemporary ideas of sustainability. 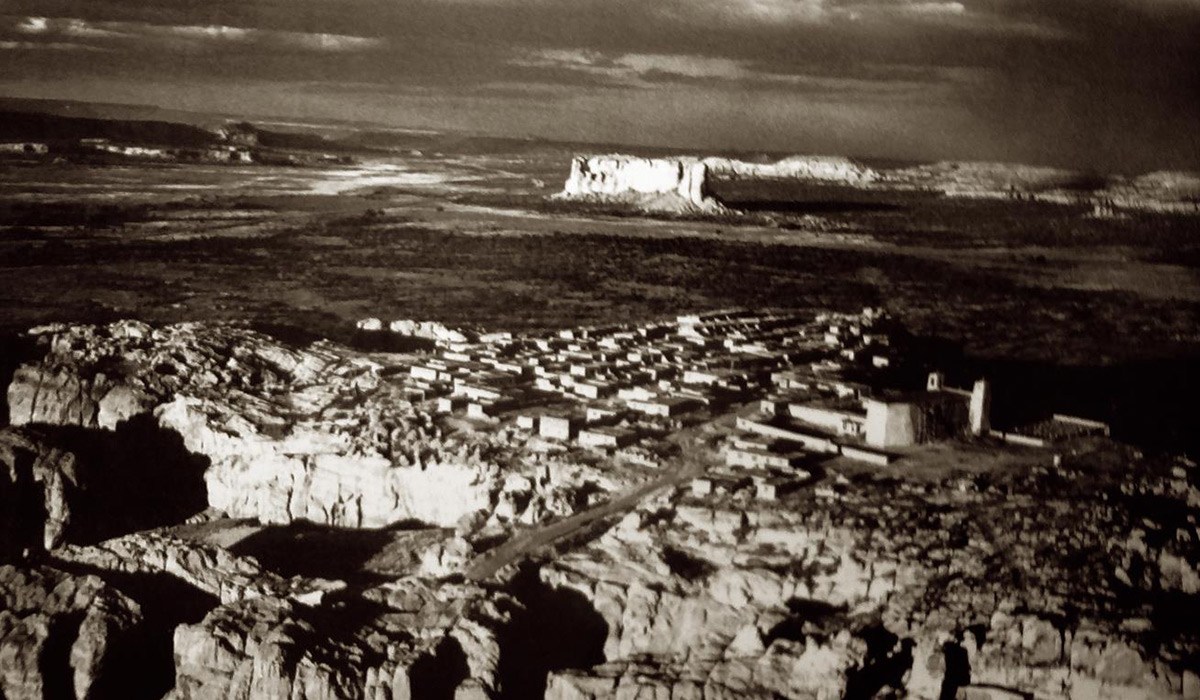 We learn how modern building needs can be supported by the same methods of passive solar design that have been used in Acoma for more than 600 years and precursor sites for nearly a millennium. Finally, we take a tour of the ancient and modern adaptations of the ideas and systems that make up the extraordinary structure that is the Sky City Cultural Center – recently named the Southwest’s Best Cultural Attraction as well as a Building of the Past 50 Years that has Built a Community.

This building, like the Acoma people, will leave its mark on us.